If you are new to cooking sous vide or are just wondering what on earth a sous vide is, you’ve come to the right place. Sous vide is a method of slow cooking in which food is placed in a vacuum sealed bag and submerged in a water bath that is held at a constant temperature by a water circulator. The idea is that your food will be cooked at an exact temperature so there’s no risk of over or under cooking your food, ever. To be honest, it seems more like conducting a lab experiment than actually cooking a meal.

Anywho, my long awaited Nomiku WiFi sous vide has finally arrived and I’ve spent the last few months testing it out. I originally backed this project (backer 4064) on Kickstarter in September of 2014 with an anticipated delivery date of March 2015. However, as a general disclaimer, you should always expect delays and changes to the original timeline with any project on Kickstarter. That’s a risk that every backer should take into consideration when deciding if it’s a project they want to throw money at or not. When you back something on Kickstarter, you are helping to fund a company with the hope of receiving a product at a discounted rate, you’re not pre-ordering a product. Just something to keep in mind when setting expectations.

So with that being said, despite the numerous delays, I’m happy that I even received a finished product. Now onto the good stuff!

First impressions was that this unit was much bigger than I had anticipated. Now this is my first (and only) sous vide so I have nothing to compare it to but for some reason I was thinking it would be smaller. But no complaints at all on the packing. The Nomiku was well packaged and simple which I like. They also included a shirt which I totally forgot about when I first backed this project. 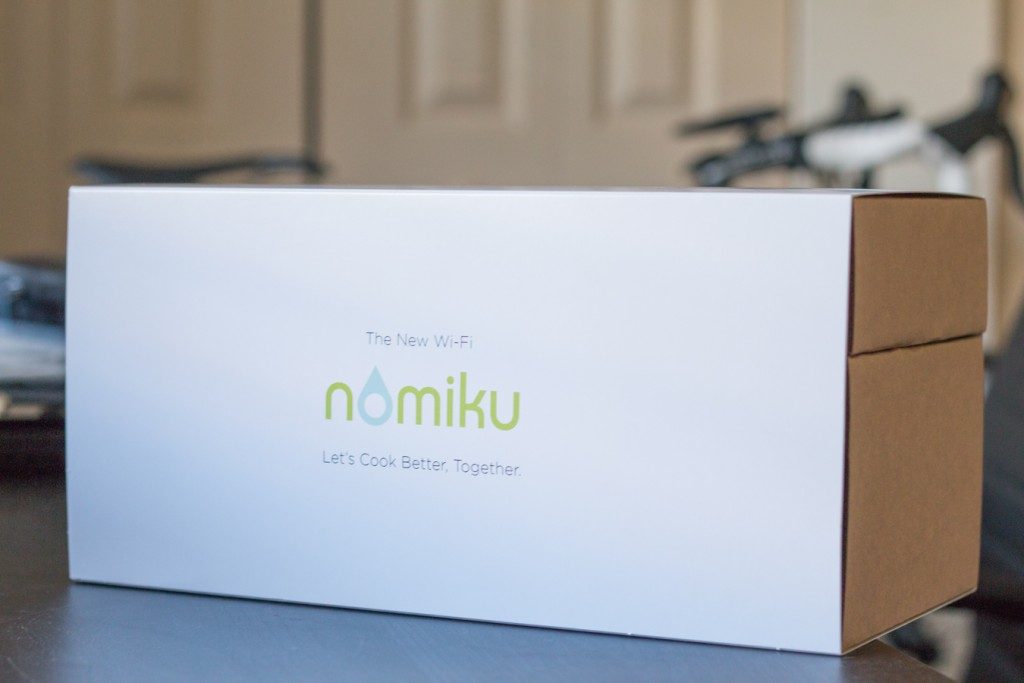 They even hand wrote my backer number on the box which was a nice touch. 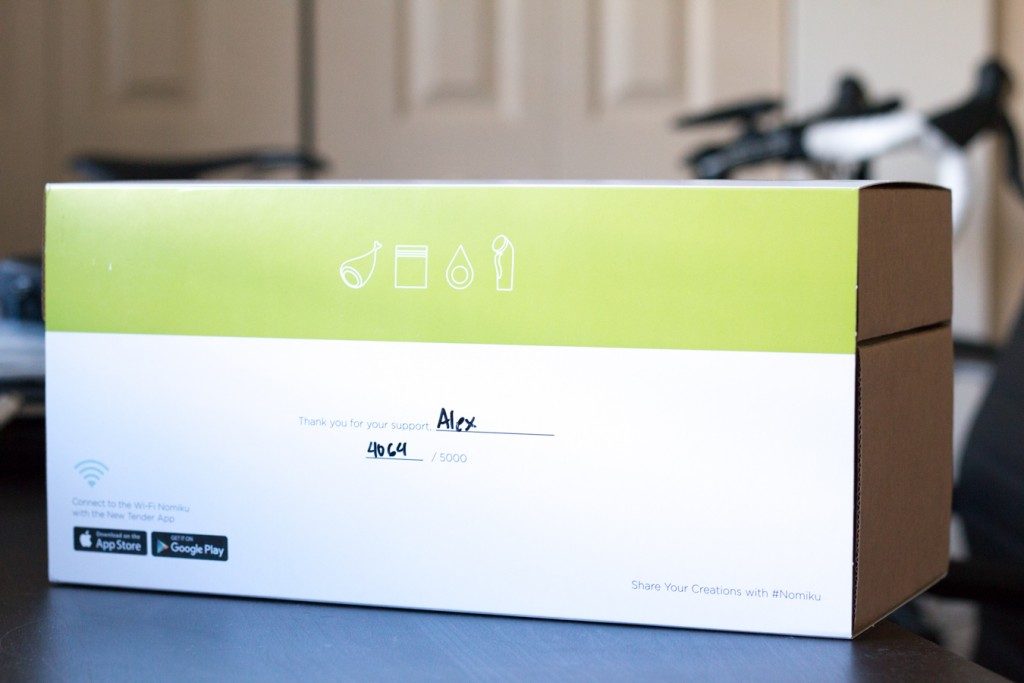 Before actually using this, you need a container that can fit both the unit and whatever else you are planning to cook. I went with this container from Rubbermaid from Amazon which fits the Nomiku perfectly.

The next step is actually getting this baby set up with our WiFi network. On paper, it was pretty straight forward but actually figuring out how to connect to my WiFi network and navigate the app was a little tricky. But with some help from their online tutorials, I was able to get everything up and running in no time.

One thing I did find a bit annoying was using the spinning knob to enter my WiFi password. Luckily we have a relatively simple password but you can imagine how tricky it would be if you had a very complex alpha-numeric key. 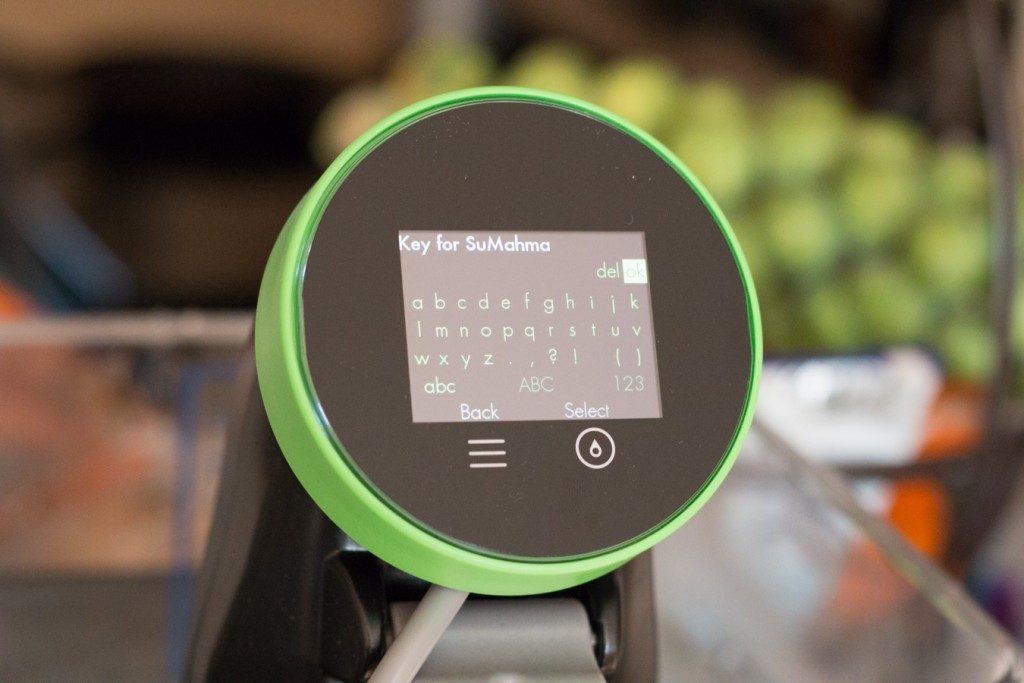 The next step is getting everything set up on the Tender app. First step is locating your home network and verifying your key. 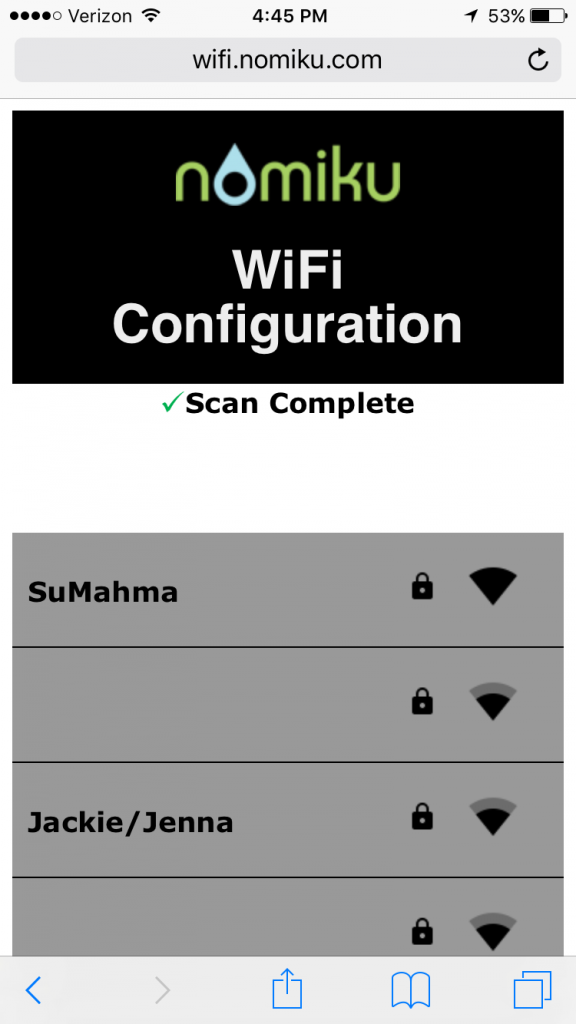 After you have that all set, you can finally pair your Nomiku. Once you select your device, your Nomiku will prompt you with a code that you can enter on the app. 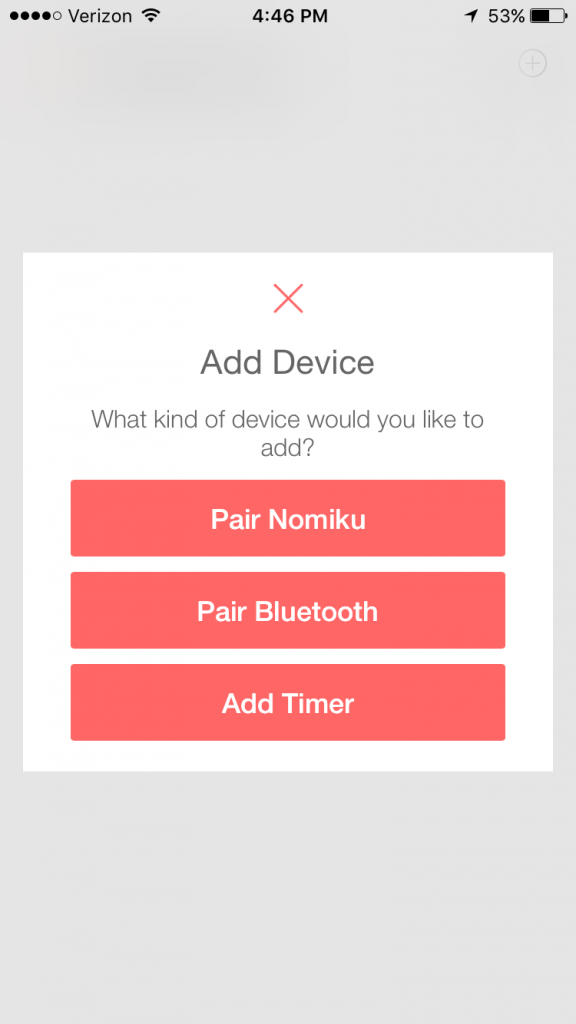 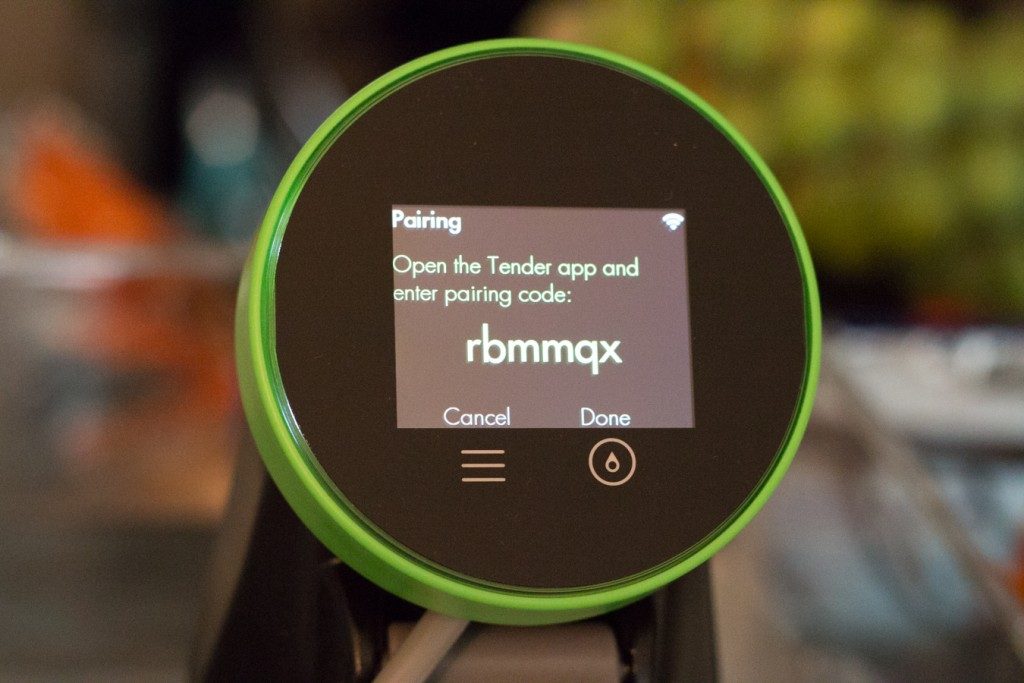 And it’s as simple as that to get up and running! 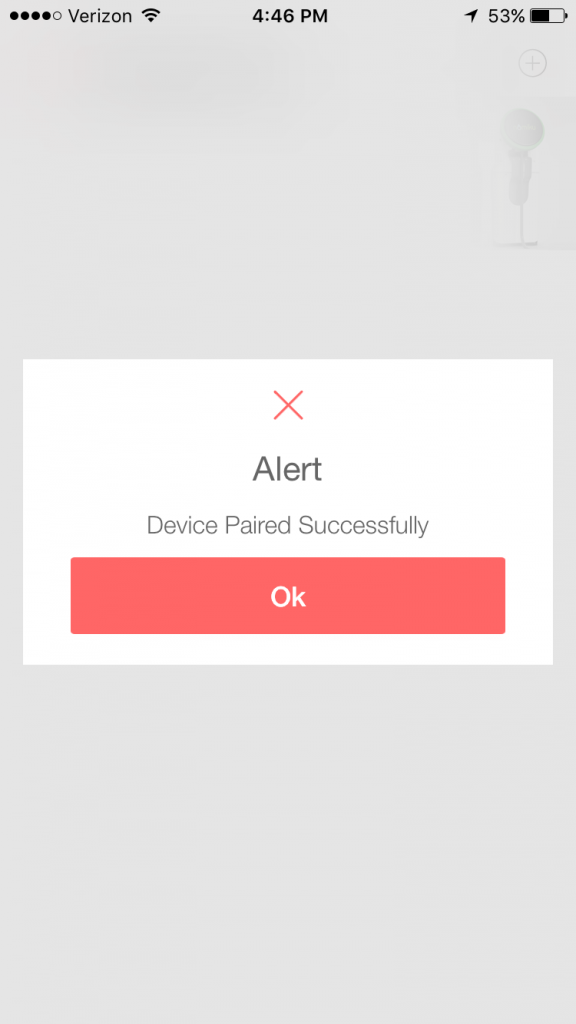 For it maiden voyage, I decided to do a simple New York Strip. Now you can use your Nomiku to cook virtually anything that will fit into a bag but I wanted to test something that I know most first time home cooks have trouble with – cooking that perfect medium-rare steak.

After looking online for the suggested temperature, I set the Nomiku to 130 degrees F and waited for the water to heat up. While I waited, I prepped my steak. 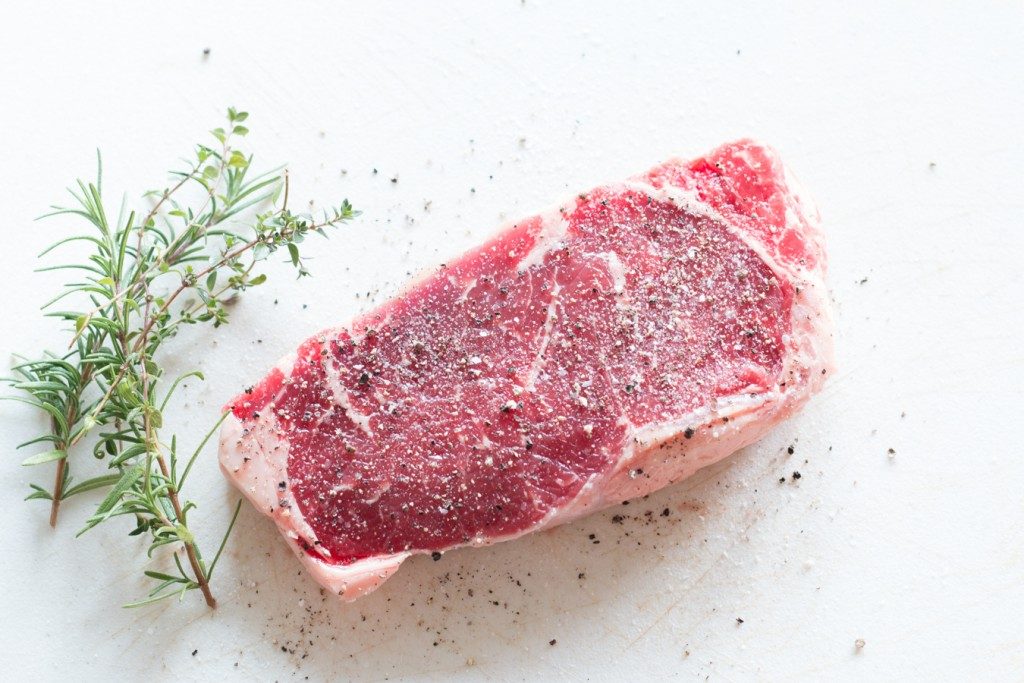 Cooking a steak with a sous vide is actually incredible simple. You simply season your steak as you would normally and put it in a zip lock bag with some fresh herbs and olive oil.

Next, place the bag in the water with a binder clip to help hold everything down. Set it for 1.5 hours and walk away. It’s that easy.

While my steak was cooking, I also did a few tests with my thermometer to verify the temperature of the water. For the most part, the Nomiku was accurate within plus/minus 1 degree which was pretty good.

Now yes, after cooking in the water for 1.5 hours, your steak is technically fully cooked and ready to eat. However, I’m sure we can all agree that the steak at this point looks pretty unappetizing. So the final step is to remove the steak from the bag and quickly sear it on both sides for 30 seconds to give it that color and caramelizations that brings out the naturally awesome flavors of the steak. 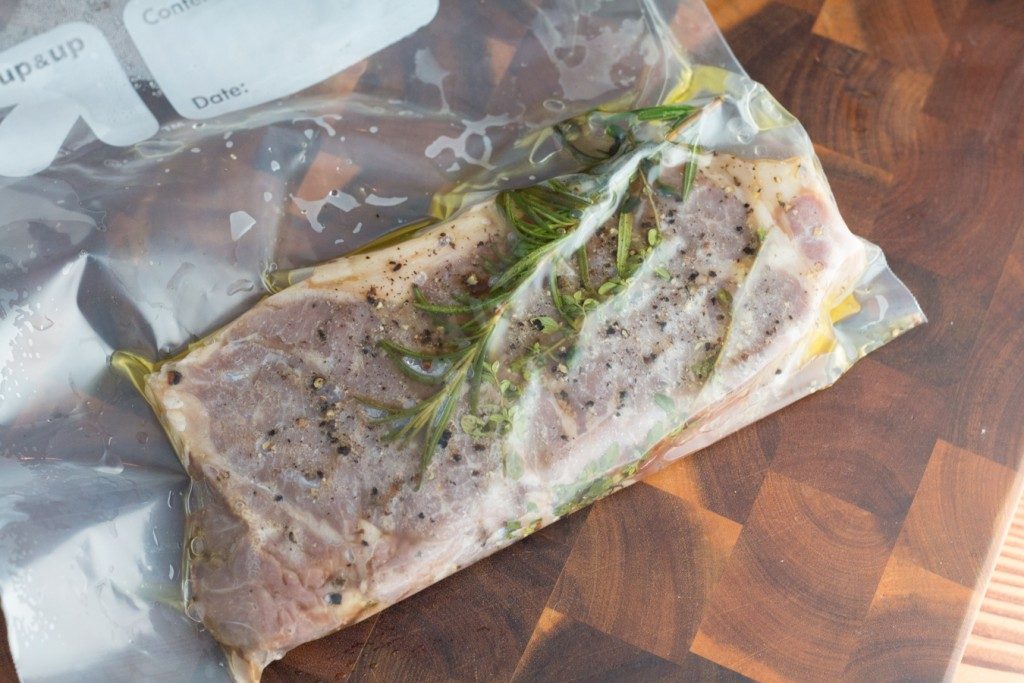 As you can see from the picture below, the sous vide cooks the steak evenly throughout without ever overcooking. You can realistically even leave your steak in the water for 10+ hours if you want and it still won’t over cook. That’s the beauty of cooking sous vide. 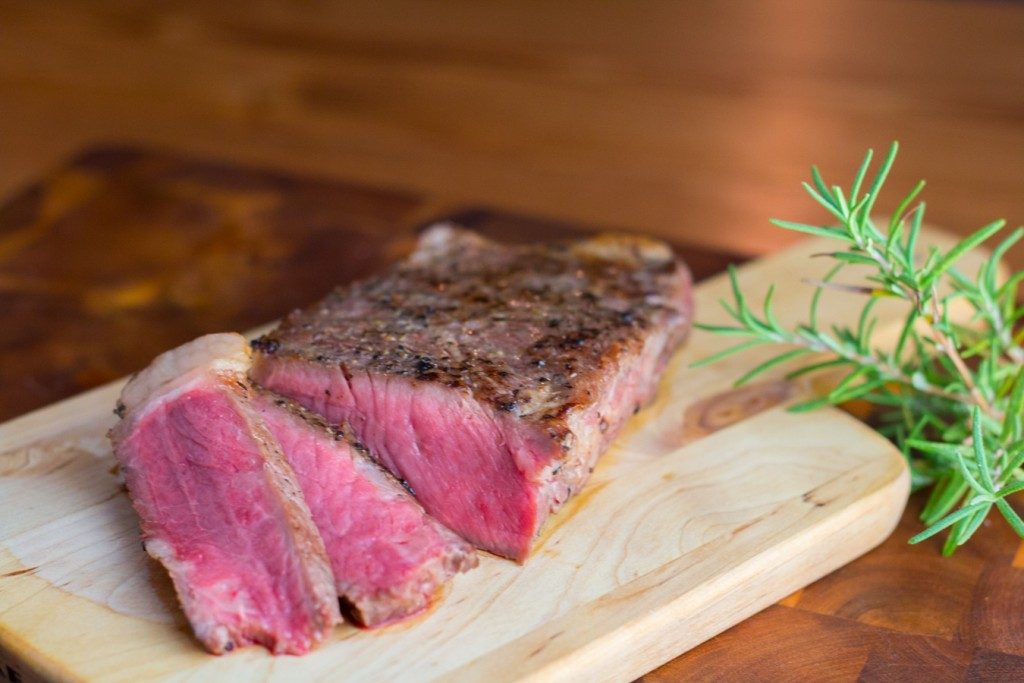 The Nomiku is as accurate and precise as advertised making cooking otherwise difficult dishes (i.e meat, soft boiled eggs, etc) a breeze. All you do is seal whatever you want into a zip-lock bag, set the temperature and timer and let the Nomiku work its magic. But theres a reason that competitors currently have an edge over Nomiku.

For starters, I do think that the app and user interface needs improvement. The iOS app does crash pretty frequently and figuring out how to simply set the temp and timer on the mobile app is way more difficult and time consuming than doing so on the Nomiku itself, making the app sort of pointless. Additionally, the only benefit to WiFi that I can see is being able to monitor the progress of your meal while away from home. But because you technically can’t overcook anything, it’s fine if you forget about your dish and let it cook for a few hours longer than expected. So even though it’s a nice feature, it’s not totally necessary. Bluetooth would have been sufficient.

When I initially backed this project, it was the only product that touted a WiFi capable machine. But due to numerous delays and setbacks, there are now smaller and cheaper sous vide’s on the market like the Anova WiFi Precision Cooker and the Joule Sous Vide that do the same thing (at the time of posting, the Nomiku is going for $249.99). They also have a bunch of positive reviews on Amazon which is a huge plus. So what initially could have been a game changer is now just another player in the ever-growing market of personal sous vide’s.

All in all, I am happy with the Nomiku because it just works. But if I could choose another sous vide today, I would probably go with another unit simply based on experience and price. 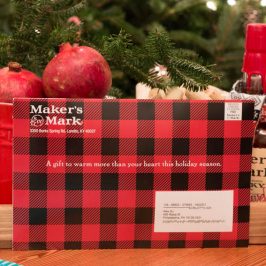 Every year around this time, I look forward to two things. 1) Christmas trees. 2)... 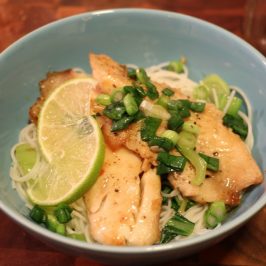 If you want to know more about Plated in general, click on over to my... 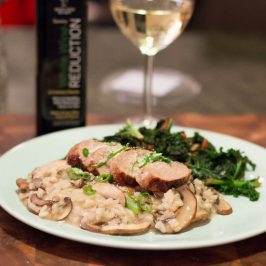 A few weeks back, our good friend Miles came into town bringing with him 3... 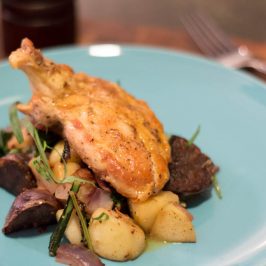 Welcome back to our review of Blue Apron! If you want to know more about... 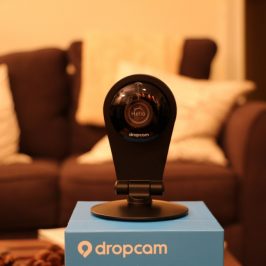 Aside from my love of cooking and bikes, I also dabble in technology every now... 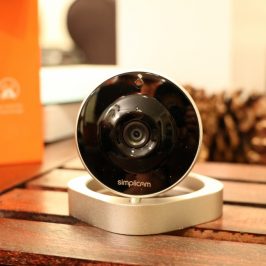 In my quest to find the best DIY home monitoring camera, I stumbled upon Simplicam. It has...

This site uses Akismet to reduce spam. Learn how your comment data is processed.

In honor of Cinco de Mayo, I present to you this f

Happy hump day 🐫! Looking for a quick and delic

Happy (good) Friday everyone 🐣Wondering what to

Tired of water and grease smudges ruining your rec

Spring is here even though it’s still cold AF he

Looking to step out of your comfort zone and make

Since this is also a travel blog I wanted to share

I present to you the cream filled Franolli cronut.

Need an excuse to satisfy your inner fat kid on th

For everything else in life, there's Amazon. Simply click the link and shop like you normally would and a small portion will go towards maintaining this site. Easy peasy lemon squeezy.